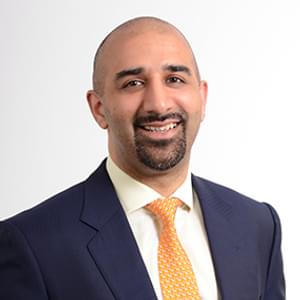 With 20 years' experience in infrastructure, energy, PPP & project finance internationally, Umer has led many financing & advisory businesses. He spent the first 12 years of his career in London as a project finance banker (debt and equity) lending and investing into projects (including having been a Director at Barclays where he spent 7 years). Thereafter he has been in the Middle East for 8 years, spending several years in advisory (including being Head of Deloitte’s P&IF advisory team across the Middle East), prior to returning to being a principal. Currently, he leads Equitix’s investment activities in Rakiza, an infrastructure equity fund focused on Oman & the MENAT Region. Umer’s transaction experience is vast, having been involved in closing around 25 transactions, with an aggregate deal value of well over USD10bn.

Viewed as a leading industry figure, he has twice been invited to preside on the judging panel for IJ Global’s annual awards for the Middle East & Africa. In addition, since 2017 Umer has been a Board Member of the International Project Finance Association's (IPFA) Middle East Branch Council.