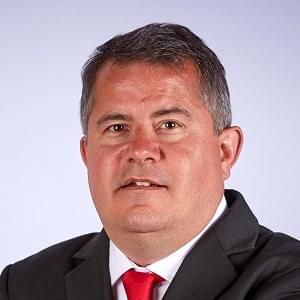 Rob Carnell is Head of Research and Chief Economist Asia Pacific for ING Bank. He joined ING in October 2004 and until May 2017, was working in London as ING’s Chief International Economist. Prior to ING, Rob worked as Senior International Economist for Commonwealth Bank of Australia, and as Pan Asia Economist for Schroder Investment Management. He started his career some 26 years ago as an Economist with the UK Government, working in the International Finance Directorates and Inflation and Monetary Policy units of HM Treasury. He holds First Class Honours and Masters’ Degrees in Economics.

Rob is a regular on business news channels such as Bloomberg, BBC Business and CNBC, and says the best bit of his job is speaking to clients, “You’re never as good at your job as you are the week after a client roadshow” he says.

Rob enjoys testing the boundaries of the dismal science. He is an ardent critic of central bank policies, and has also published on non-mainstream issues such as the economic consequences of rising obesity, green energy and climate change.