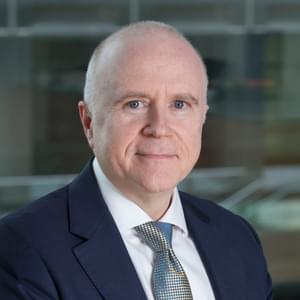 James McCormack is a managing director and global head of sovereign and supranational ratings, based in Hong Kong.

James re-joined Fitch in October 2013 from the Bank of Canada where he held a senior credit role. Prior to this, James spent three years with Goldman Sachs in Hong Kong where he was an Executive Director in credit risk management and advisory. James joined Goldman Sachs in 2010 from Fitch, where he held various senior roles in the Sovereign Ratings Group, including Head of the Asia-Pacific Sovereign team. Prior to joining Fitch, James was a country risk analyst for Export Development Canada and an economist for the Department of Foreign Affairs in Ottawa. James began his career as an economist at Wharton Econometrics (WEFA) Canada. James earned a BA in economics from York University (Canada) and an MA in international economics from the University of Toronto.