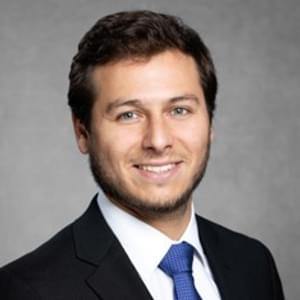 Giovanni Patuzzo joined GIP in 2018 and is a Principal specializing in Latin America. He is based in New York.

Prior to joining GIP, Mr. Patuzzo was a Vice President leading the origination and execution effort for the North American credit business at Hastings Infrastructure, focused in the areas of project and infrastructure finance throughout the capital structure. During this period, Mr. Patuzzo covered sectors such as infrastructure, energy, power & renewable energy. Prior to Hastings, Mr. Patuzzo spent 6 years with HSBC in the Infrastructure and Project Finance Group covering Latin America and North America where he acted as financial advisor and debt structurer for projects in the United States and Chile, Peru, Colombia, Mexico and Brazil. Mr. Patuzzo started his banking career at HSBC in Lima, Peru, where he worked from 2010 to 2012 covering the energy and metals & mining sectors.