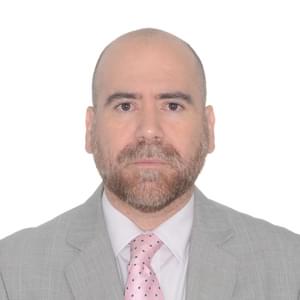 Facundo Salinas is currently the principal of the Directorate for the Public Investment System (DSIP) – Ministry of Finance of Paraguay. Mr. Salinas has worked in the preliminary draft of the PPP Law and in its regulatory decree, which is now in its implementation.

With more than 10 years in the public sector, Mr. Salinas has been the adviser of the Vice Minister of Economy and head of the Department of Public Private Partnership of the DSIP.

Mr. Salinas has also worked as the Head of the Cabinet of the Vice Ministry of Economy, as the Coordinator of the Legal advice of a National Secretariat and attorney's work in legal studies and as an independent litigator.

Facundo Salinas is a lawyer who graduated from the Universidad Católica Nuestra Señora de la Asunción and holds a Master in Law from the University of Barcelona. Furthermore, he has a certification in “Infrastructure in a Market Economy: Public-Private Partnerships in a Changing World” and “Leading Economic Growth” from Harvard Kennedy School.

Mr. Salinas also completed a postgraduate course in: "Current Issues of Constitutional Law" and in “Constitutional Procedural Law” at the University of Buenos Aires and a certification in Public Private Partnerships by the Instituto Tecnológico de Estudios Superiores de Monterrey. Mr. Salinas participated in the PPP Training Program at HM Treasury.