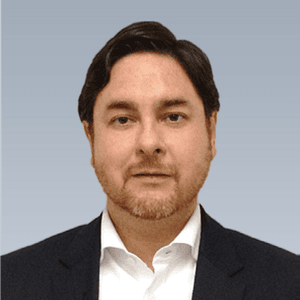 Prior to joining SMBC, David was an Executive Director for WestLB’ Infrastructure Americas Group (North America and Latin America), Vice President for BBVA’s North America Project Finance Team, and Vice President for Dexia’s Latin America Team. He also worked for Standard & Poor’s where he was responsible for providing ratings for project finance deals in the infrastructure, power, and oil and gas space.

David has more than 20 years of project finance experience in the Americas where he has worked in transactions in the USA, Canada, Mexico, Brazil, Peru, Colombia, Panama, Chile, Uruguay, Argentina, Ecuador, Trinidad & Tobago, and Aruba, among other counties.

David is fluent in English and Spanish. He holds a B. A. in business administration from UANL in Mexico, and an MPA from Columbia University in New York.