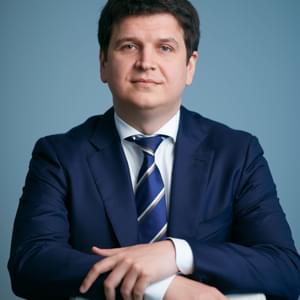 Alexander Petrov has been the CFO of Sibur Holding since 2016, also serving on the Board of Directors of RusVinyl since 2015. Prior to stepping into his current role as CFO, Mr Petrov held various positions at SIBUR, including as Head of the Economics Department, CFO at SiburTyumenGaz, Financial Director of the Hydrocarbons Division, and Director for Financial Controlling. Before joining Sibur, he was an audit consultant and senior advisor at PricewaterhouseCoopers. Mr Petrov graduated from the Finance Academy under the Government of the Russian Federation in 2003 with a degree in Finance and Credit. He completed his MBA at INSEAD in 2014.